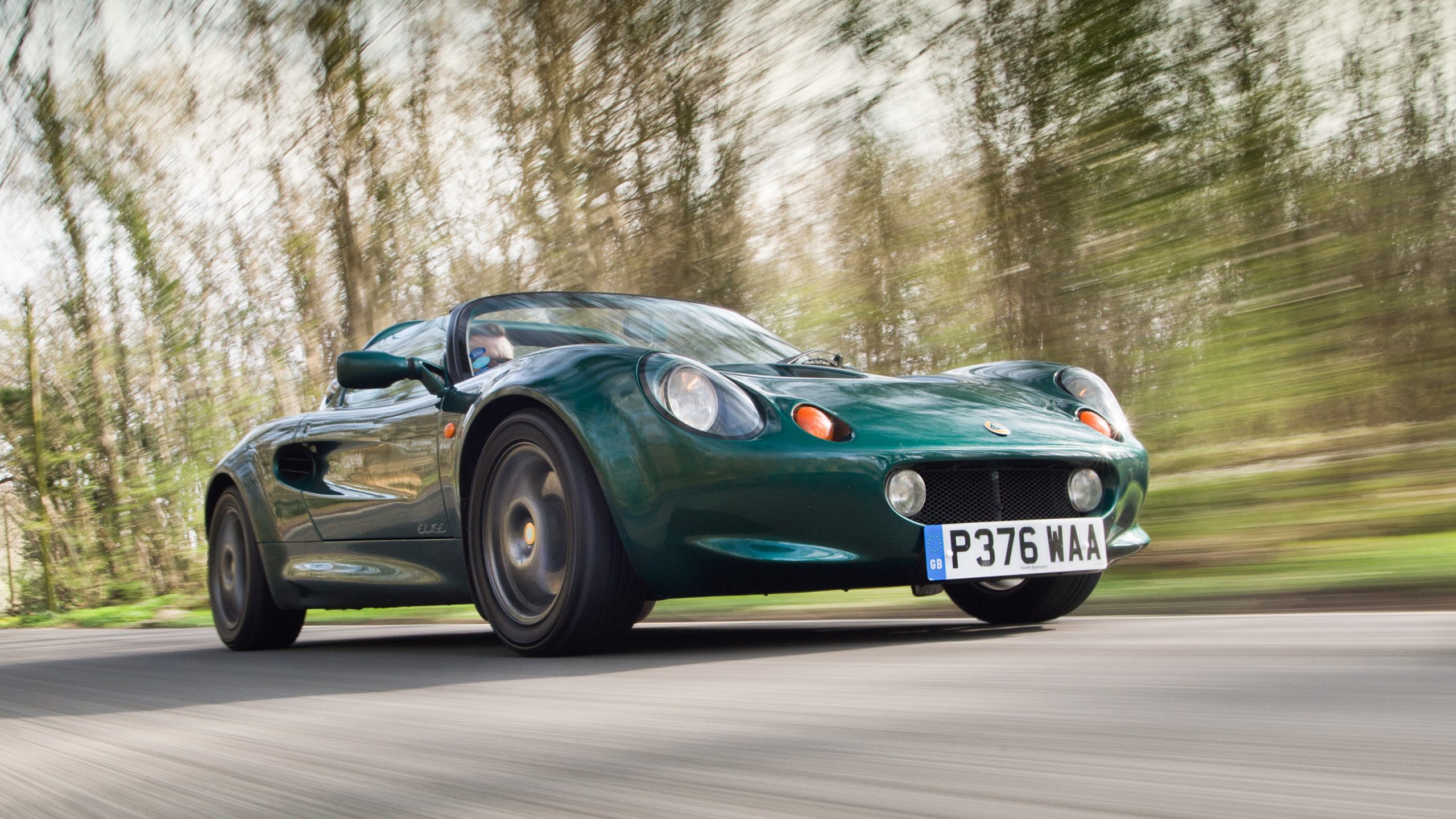 When it comes to picking the right car, for many buyers because driving is an experience to enjoy, speed and performance is top of the list.

Years ago, extra performance would come at a cost – literally – as thirsty engines would see owners frequently having to make return visits to the fuel pumps.

But in recent years car manufacturers have come on leaps and bounds with fuel efficiency to create cars that pack a performance punch balanced with good fuel economy.

We’ve scoured a broad range of marks and models to bring you our definitive list of top 10 fast but economical cars, to satisfy your need for speed and to please your wallet.

You’ll find a great variety of cars in our to top picks – from hot hatches to estates, saloons to petite coupes – so there’s something for everyone, whatever your needs and requirements.

The benchmark is at least 180bhp and 0-62 in less than eight seconds, and anything above 44mpg fuel economy to help keep tax categories at a minimum pricing level. And be sure to check out our wildcard entry – it’s almost too good to miss.

A couple of tips before we begin – firstly, all road tax pricing bands are for 2018/19 rates.

And crucially, all fuel economy entries are listed by the manufacturer – so take with a pinch of salt!

We don’t consider the Panamera to have the best styling but there are so many plus points to this saloon car that it’s easy to overlook. At the pricier end of the scale, you certainly get what you pay for – speed with the added luxury of a comfortable and quiet ride.

And despite our top pick – the 3.0-litre diesel version – being the slowest in the range with a 0-62mph in 6.6 seconds, it certainly feels faster than the speedometer suggests.

Porsche’s official figures cite average fuel consumption at the 44mpg mark, whilst CO2 emissions of 166g/km push it into the £200 a year range.

If it’s drama, clout and style that you’re after, then Mercedes could well have just what you’re looking for. On first viewing, it might look like a long, heavy car but the 3.0-litre, six cylinder diesel CLS 350 CDI BlueEFFICIENCY AMG Sport is a powerhouse that’s capable of doing 0-06mpg in 6 seconds flat. With an output of 261bhp and an immense 62Nm of torque, there is nothing meek or mild about this motor.

But its excellent performance doesn’t mean your wallet has to take a considerable hit each time you head for the fuel pumps. Mercedes claim an average fuel consumption of 46mph together with 160g/km CO2 emissions, so on balance the economy/efficiency payback is commendable.

If you’re willing to trade in a little performance in favour of an efficiency boost, then check out the smaller 2.1-litre diesel CLS 250. This version retains a good level of performance whilst upping the fuel economy figures to 54mpg with 138g/km CO2 emissions.

Our top pick from the Audi A6 saloon range is the 3.0-litre bi-turbo diesel saloon, purely because it’s so hard not to have fun while driving this monster. With 309bhp you can achieve 0-62mph in 5.1 seconds, so there’s always a punch of power when you need it.

On a motorway drive you can expect around 44mpg average while CO2 emissions are relatively good at 166g/km, keeping road tax at an acceptable rate – a great trade-off given the amount of power and performance capabilities.

The 3.0 BiTDI versions of the A6 include Audi’s Quattro four-wheel drive which offers extra traction, whereas ‘S Line’ versions have bigger wheels and firmer suspension. If you drive frequently on anything less than smooth surface tarmac then steer clear of the ‘S Line’ as you’ll be in for a bumpy ride.

You can lease a new Audi A6 from Orangewheels, the new models have a better performance and are much more economical too.

Speed, economy, great handling, classy interior and refined power; the BMW 3 Series has it all. Our five-star pick plucks the 330d 3.0-litre six-cylinder model from what is an excellent and in some ways unrivalled range of engines in its class.

With an eight-speed auto gearbox, the 330d harnesses 254bhp with a massive 560Nm of torque to offer 0-62mph in just 5.4 seconds. And the 3 Series is of its time, because you can get all this performance together with a fuel economy of 57mpg and CO2 emissions of 129g/km meaning you’ll be spending less than £9 a month on tax at current 2013/14 rates.

The family-friendly Touring estate version doesn’t lag either; with the same engine it achieves an identical 5.4 seconds for 0-62mph yet fuel consumption only increases on average by a couple of mpg.

And if you’re in the market for a bit more power then the 335d cranks up the bhp to 300 and will achieve 0-62mph in under 5 seconds – all for just 50mpg and 148g/km for fuel economy and CO2 emissions respectively.

Peugeot has produced one of the best performance cars to come onto the market this year with it’s RCZ coupé offering performance and a pinch of prestige.

This is quite simply the fastest Peugeot road car ever produced by the French badge and is testament to some great engineering, with the RCZ thrusting 270bhp out of a modest 1.6-litre petrol engine.

And although it’s a cracker to drive, your wallet certainly won’t feel the pinch from its relatively low running costs. With CO2 emissions figures at 145g/km, you can expect to pay £140 a year (VED band F) for the privilege of a performance drive, together with a 44mpg average.

is so light that its 137bhp means that we can make an exception to the rule. And what an exception it is… sleek, stylish and racy, the Lotus Elise offers a full-on driving experience with expert handling, slick speed and just buckets of fun.

All this comes at a surprisingly frugal running costs too. Just £140 a year to tax due to 149g/km CO2 emissions and official average fuel consumption of 45mpg from the 1.6-litre Toyota-sourced engine makes for a thrifty but thrilling ride.

A less well-known sibling to the renowned GTI, the VW GTD is the (diesel) epitome of the term ‘hot hatch’. Packing 380NM of torque (read: 30Nm more torque than the GTI), it’s nearly impossible to rival this Golf’s balancing of performance with efficiency.

Superb agile handling, even at high speeds, together with a significantly less than modest 0-60mph in 7.3 seconds and a whopping 67mpg puts this hatchback head and shoulders above other models in its class. And can anyone say ‘low running costs’? Because with an output of just 109g/km of CO2 emissions, you can also enjoy a £20 a year tax category for the privilege.

If you’re not a fan of diesels then the good news is that the petrol Gold GTI is still a great option, with a fuel economy of 47mpg and CO2 emissions at 139g/km.

The only (small) bugbear with the Golf GTD is the price; starting at £25,235 for the three-door manual version it’s a fair-sized investment but given the pay-off – great handling, performance, reliability, an outstanding safety record AND frugal running costs to boot – there’s not really much cause for complaint.

For ultimate performance-meets-frugality, the Skoda Octavia vRS is just the ticket. A refined drive, with its 181bhp the 2.0-litre diesel hatchback is a little ripper, achieving 0-62mph in 7.8 seconds. Despite this, it only produces 119g/km and manufacturer figures claim 61mpg, so has the potential to help you maintain low running costs.

For a more fuss-free ride, you can opt for the fast-shifting DSG automatic gearbox. But we recommend sticking to a manual gearbox to keep both fuel economy and forecourt figures lower.

If you’re looking for more punch in your performance, then you might want to take a look at the 218bhp petrol vRS. But expect for fuel economy to drop (45mpg) and for emissions to rise (142g/km).

And if you need something to accommodate the family, then you’ll be pleased to note that economy figures are the same for both the hatchback and estate versions, with the hatchback winning out on speed performance.

SEAT Leon cars might not carry the prestige of a German badge, but they should be by no means underestimated. Our top pick, the 2.0-litre diesel three-door version with manual gearbox, is a top trump card for SEAT, thanks to 184bhp of performance on tap, agility and great handling on the twistiest, greasiest roads. 0-62mph takes just 7.2 seconds but conversely, the Leon 2.0-litre diesel only has a low CO2 output placing it firmly in the £20 a year tax category.

To make your money go that much further, you can always opt for the 148bhp diesel for extra fuel efficiency and comparably good performance. And if you’re after a sportier ride, then you’ll be pleased to note that the FR’s trim levels features a sports suspension setting – superior handling that retains comfort and agility.

Another Peugeot and another hot hatch has made the cut into our Top 10, with the 208 GTi offering fantastic straight-line speed, comfort, good handling and a stylish interior. The 1.6-litre turbo-charged petrol engine can achieve 0-62mph in just 6.6 seconds, offering a clutch performance just when you need it, with the added bonus of official fuel economy figures of 47mpg with 139g/km CO2 emissions.

It might not invoke the most euphoric driving experience ever, but the trade-off with good performance and relatively impressive frugal running costs means it’s definitely a contender for those looking for a compact, quick ride.