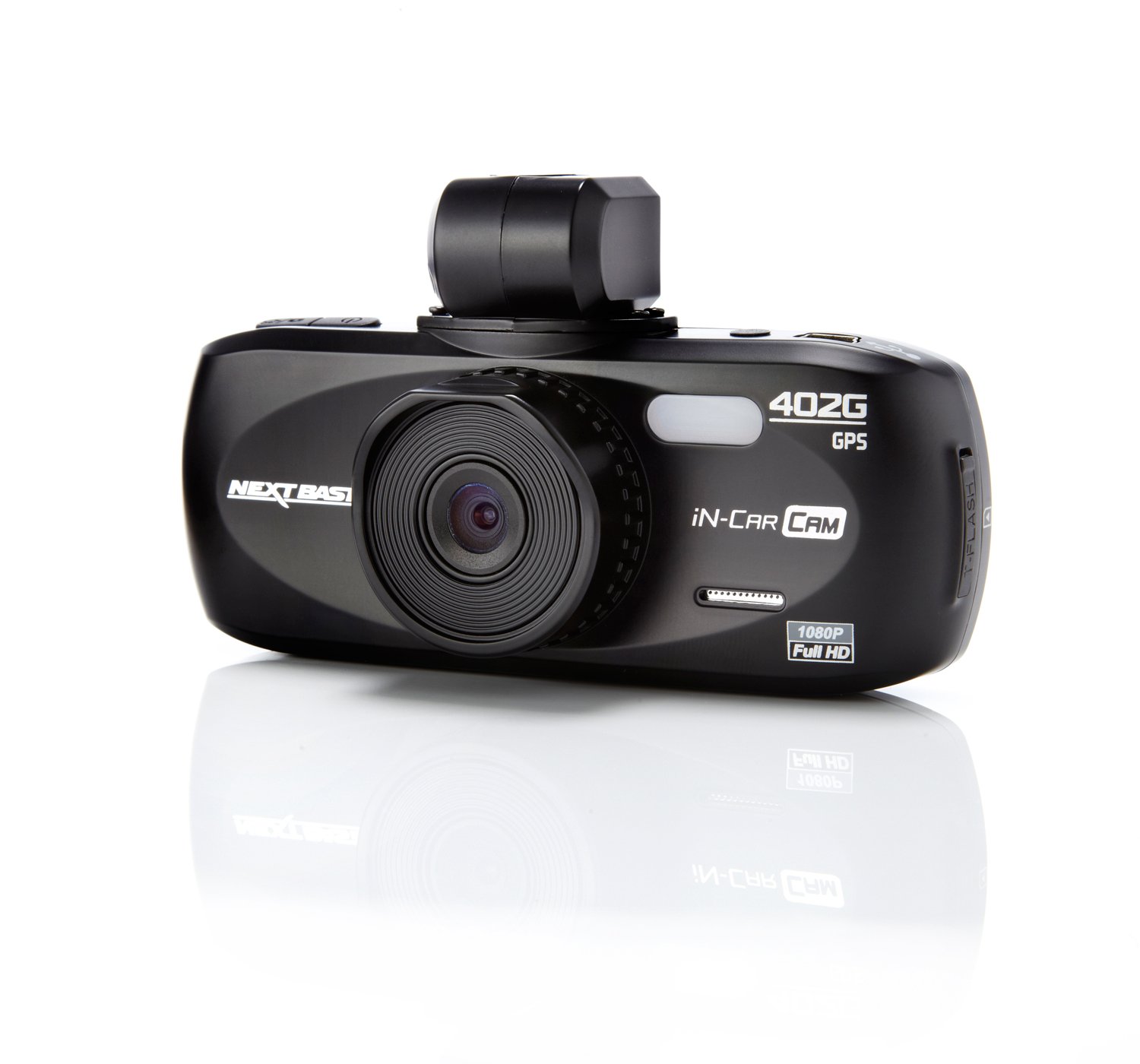 Reverse on back a couple of years and the dashboard camera market was in its infancy, meaning choice was limited and prices were high.

However, thanks to reduced manufacturing costs and increased take-up (in part because of a plethora of insurance discounts that have been made available to those who have a dashboard camera fitted), the number of credible devices on offer today sits well and truly in double digits.

Of the devices on offer, we’ve test many, most recently we tried out the Snooper DVR 3-HD, a device that’s similar in price, practicality and capability to the Nextbase 402 G Professional that we’ll be test driving today.

As with the Snooper device, the 402 G Professional is ready to use straight out of the box and once installed will automatically begin recording as and when the vehicle is in use.

The key difference between this device and the Snooper dash cam we tested is the fact that the later of the two is designed to be half-concealed behind the rear view mirror, which instantly seems like a great idea.

However, upon realising that the screen needs to be accessed in order to make use of some functionality, it doesn’t seem quite so wise after all.

Of course, the dash cam can easily be detached from the windscreen, bringing full operation within easy reach, simply release the lever and pull the suction cap free from the glass.

Admittedly some may find the need to remove the device from time to time, rather annoying, but I’d suggest it’s a reasonable compromise.

That said, where the design of the NextBase device is lacks real thought, it redeems itself with a vast plethora of hi-tech features that’ll have the geeks among us singing its praises for weeks to come (myself included).

Before we delve into the tech side of the device, it’s worth pointing out that unlike some devices the Nextbase comes with a cable that’s plenty long enough to be routed around the windscreen and under the carpet, meaning there’s no need for dangling wires.

Tech wise, the Nextbase 402 G Professional device features full 1080p HD video recording, something you won’t find on those cheap and nasty sub £20 dash cams that are hovering around on eBay and Amazon at the moment.

The 402 G has also been designed to double as a point and shoot camera, which could prove invaluable for capturing on the spot evidence of crash damage.

Footage wise, there’s a 6G sharp glass lens along with a 140 degree viewing angle which makes for some super clear daytime footage.

Number plates of cars in front are easily legible (depending on the distance between you and the other car) as too are those of on coming cars.

Footage captured during hours of low light or even darkness is of lesser quality, but still impressively sharp even when compared to some more premium dashboard cameras.

In addition, there’s GPS logging, date and time stamp which helps give footage extra validity in scenarios where it is passed on to insurers.

The Nextbase 402 G Professional also has built in motion detection, which means that if high G-forces are detected (I.e a collision or emergency breaking), not only is the incident automatically recorded, but the device knows not to overwrite this footage, thus preserving it as potential evidence.

The aforementioned footage is stored on a micro SD card, the device takes anything up to a maximum of 32 GB and once full the device is set up to automatically loop, meaning it records over old footage and there’s no need to manually wipe the card.

However, it’s worth noting that the Nextbase doesn’t come with a micro SD card included, but you can pick one up for less than a tenner.

There’s also a 2.7 inch LCD screen, which allows for instant footage playback along with access to an on-screen menu.

The aforementioned menu is navigated by a series of buttons that are located either side of the screen.

In the box you’ll also find a HDMI cable, which enables you to easily link the camera up to a TV and play the footage back in the comfort of your own home and without the need to remove the memory card, connect to a computer and burn a DVD.

For added convenience the box also contains a cigarette lighter charger and a USB cable.

All things considered the Nextbase 402 G Professional is a super premium bit of kit for a far from premium price of £149.99, there’s no wonder it’s been awarded a Which? Best Buy in July 2015.

Yes, it may have the odd flaw such as the need to detach it from the windscreen in order to make use of some functionality, but this won’t be a daily occurrence and its high spec features more than make up for this minor annoyance.

What about other Nextbase 402 G Professional reviews?

Driving – The Driving team Gave the Nextbase 402 G device a full five star best buy rating and described it as “the best device for all-round quality”.

The Test Pit – The guys over at The Test Pit referred to the device as “an excellent bit of kit that every driver should own”.

AOL – AOL Cars said “If you’re after a relatively inexpensive dash cam, this model offers strong image quality which beats some models which cost twice as much”.