Is Owning a Car a Thing of The Past? 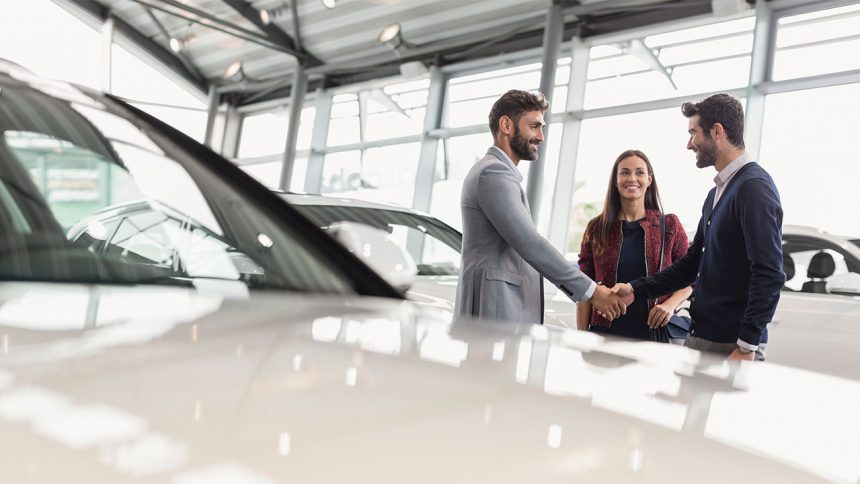 Could our love affair with owning cars be drawing to a close?

It is a question which would have seemed unthinkable even as little as a decade ago.

But recent years have seen a seismic shift in attitudes towards private car ownership, particularly in urban centres, and some experts now believe its days could be numbered.

Given the fact that the average car sits idle for around 95 per cent of the time and yet costs, in the UK, an average of £3,500 a year to run, it is not surprising that many people are starting to rethink how they travel.

And with initiatives such as car-sharing and private car-hire schemes that can be accessed digitally, a new paradigm is beginning to emerge.

For those who still need access to a car 365 days a year, there are now many different ways to finance a new vehicle and many of them don’t involve actually owning the car outright.

They provide flexible and affordable ways to drive the car of your dreams without breaking the bank.

There are a couple of car finance options available.

PCP has exploded in popularity in the last decade because it provides motorists with the means to drive an exciting new car and only when the contract is up do they have to decide whether to make a final payment to own the car.

If they don’t want to own the car, they simply hand the keys back and walk away.

PCP deals are flexible which makes them popular among buyers who want to be able to negotiate a package that will suit them over the term of the finance.

With PCH, you’re effectively hiring a vehicle for the long term. You get to keep it for the contract period and use it as your own but you never actually own it.

There’s no option to make a final payment covering the car’s value at the end of the package – the finance company simply takes possession of the car at the end and you walk away.

The monthly payments with PCH are relatively low meaning that you could drive a better or more upmarket car than you would be able to with other forms of finance.

The change is already happening in some European cities. In Lyon, for example, new tree-filled public parks line the river banks in areas that were once soulless car parks.

The move to a more pedestrian-friendly ethos follows an incredible 20 per cent fall in the number of cars entering the French city in the past decade.

Gilles Vesco, who is responsible for sustainable transport in Lyon, told The Guardian recently that digital technology that allows innovations such as organised transport sharing schemes was driving the move away from individual car ownership.

“Digital Information is the fuel of mobility,” he said.

“Some transport sociologists say that information is 50 per cent of mobility. The car will become an accessory to the smartphone.”

A survey a couple of years ago by Webuyanycar.com discovered the UK is the most expensive place on earth to run a car, with motorists facing an annual average bill in excess of £3,500.

High fuel prices was the main factor putting Britain more than £1,000 ahead of the US, and although prices at the pump have dropped since the study, running your own car is still a major expense. Little surprise then that people are embracing a move away from private ownership.

Birmingham has been inspired by the Lyon experience to embark on a 20-year programme aimed at reducing car use in the city.

In the past decade, central London has already seen a 30 per cent reduction in car traffic, thanks to initiatives like the congestion charge, separate traffic lanes for buses, taxis and cyclists, on-street bike hire and a more reliable public transport infrastructure.

Motoring now accounts for just 15 per cent of commuting into the capital.

Uber, the online transportation network company, pioneered the use of apps to enable people to book car journeys from private drivers on demand, a business model which was quickly taken up by several other new service providers, changing the face of urban car travel across the globe.

Have we reached ‘Peak car’?

Stephen Bayley, who has authored books on car design, believes so. He thinks our decades-long infatuation with cars as status symbols is coming to an end.

He told The Guardian:

“It’s five minutes to midnight for the private car. It’s no longer rational to use cars in cities like London.”

Referring to research among young people in their 20s and 30s, he said:

“The great majority said they would rather give up their car than their smartphone, and in their list of cool brands, no car manufacturer appeared in the top 20. That’s a very significant change.”

Former Department of Transport chief scientist David Metz, agrees. He published a book Peak Car, arguing that “car use in developed economies has reached a maximum” and that “we have come to the end of an era in which we have steadily travelled more”.

He told The Guardian:

Today’s cars look more and more similar and soon we may not even have to drive them ourselves, if developers like Google get their way.

Utilitarianism is far more important to today’s consumer than the conspicuous consumption of the past when it comes to getting about.

Even giants of the motor world like Ford are having to sit up and pay attention to shifting attitudes.

In recent months the behemoth of the American motor industry has started to encourage its customers to take part in a car-sharing “peer-to-peer” rental experiment, has launched a pay-as-you-go network of shareable cars in London and has started making a foldable battery-powered e-bike. It also continues to develop its own driver-assist technologies (or “semi-automatic” cars).

Ford executive chairman Bill Ford told Bloomberg, services like Uber and Zipcar are “changing the way we use our vehicles.

And it’s happening really fast… There’s no question our business model will look very different in the future than it does today.”

Five Reasons to Buy a Kia


The Truth About Guaranteed Car Finance